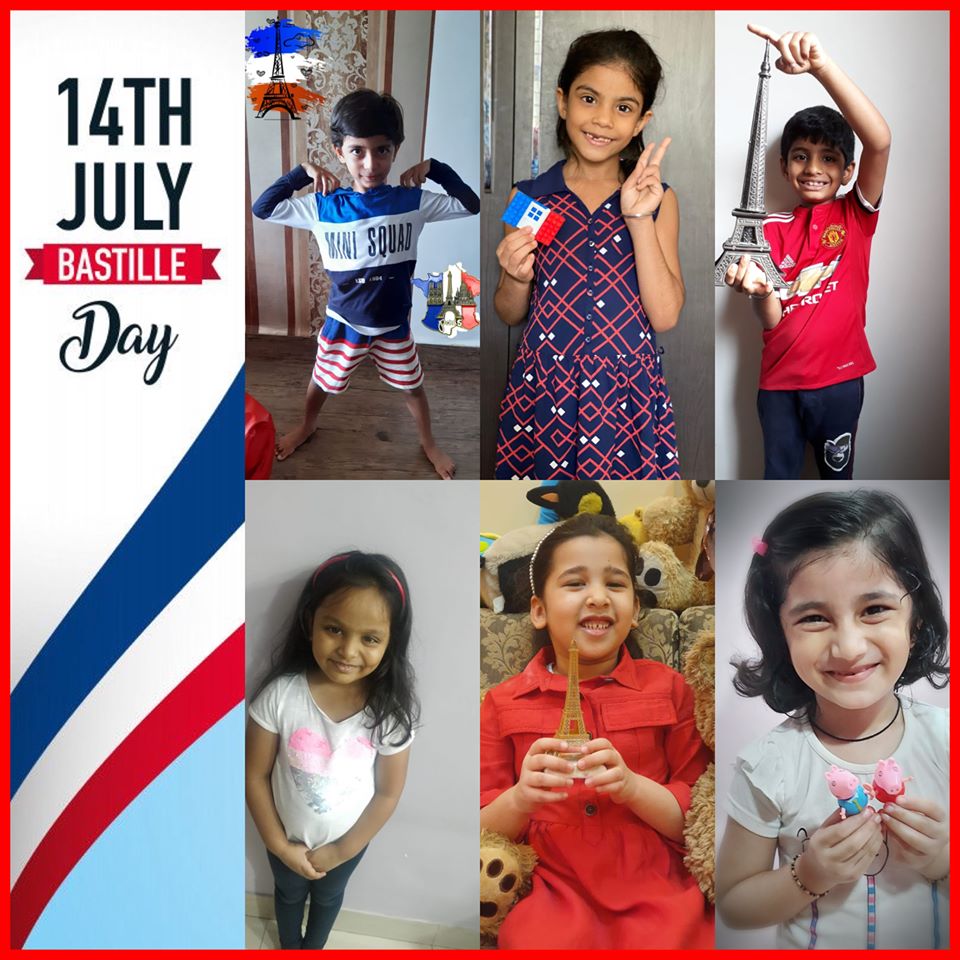 On the 14th of July, BHIS Andheri celebrated Bastille Day, the national day of France. It is the anniversary of the Storming of the Bastille, a prominent event of the French Revolution.

Students attended the virtual sessions dressed up in the colors of the French flag and relished French delicacies like muffins and croissants.
They enjoyed the day watching French folk dances, short animated French movies, and singing French songs.
Secondary students spoke about cities and monuments of France, personalities contributing to the development of France, French cuisines, and much more

Designed and Developed by Altois